How I Told Alex He’s Going to be a Daddy 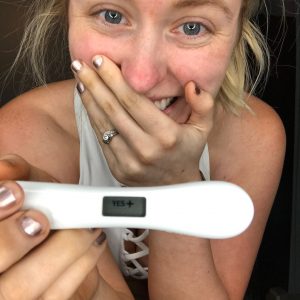 I competed in my first bikini contest on a Thursday and Friday. That weekend, I ate and drank to my heart’s content. That Sunday, Alex and I had a long heart to heart about me leaving my full time job and going all in with my health and fitness coaching gig. That Monday, I found out I was pregnant and gave my notice at my job of two years.

Talk about a whirlwind.

I was scared and excited at the same time. I was anxious and nervous, but more thrilled than any other single emotion… All of these feelings and I couldn’t tell the one person I wanted to tell most, my dear husband. 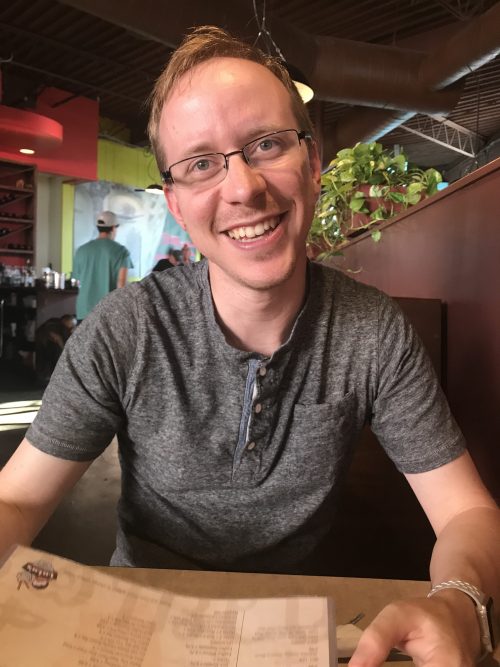 Let me back up just a minute and share a few important, relevant details. During the first half of the year, Alex was working out of town in Oklahoma Monday through Friday for at least three weeks of every month. He would wake up early on Monday, drive the four hours to where he was stationed, and he’d come back on Friday afternoons. It certainly wasn’t ideal for either of us, but being so focused on my competition helped the days go by faster.

When I took my first pregnancy test on that Monday morning, I really was NOT expecting a positive. I was a few days late, sure, but I’ve never been super regular and I figured it was just due to me being stressed about my competition and being on such a strict diet and intense workout regimen. I took the test as Alex was getting ready to leave for Oklahoma and the second line, the one indicating a positive test result, was super faint. I just wasn’t sure it was positive. I didn’t want to get my hopes up too quickly. 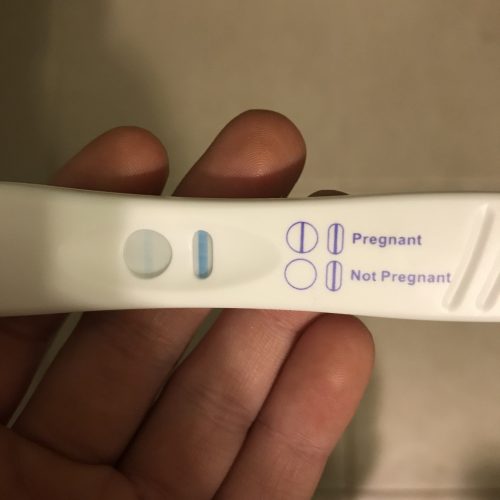 Like I said, I didn’t expect there to be a positive, so I wasn’t sure what to do. I just knew that I didn’t want to spring this on Alex as he left for Oklahoma. I wanted to tell him in a special way once I was absolutely sure. So I kissed him bye as he headed away for a few days…. and I told everybody but him, haha.

I texted my best friend and a few girls from my team. I also texted my first ever mom boss to get her opinion on whether the faint line was a positive since she’d been through this before. Her response: “OMG YES! A line is a line!”

Over the course of the next few days, I took two digital tests and a blood test with my doctor to confirm I was indeed pregnant. Keeping this a secret from Alex became harder and harder, but I couldn’t exactly send him a text saying “oh hey, by the way, we’ve got a baby on the way!” This kind of news is something you have to share face to face. So I mustered up the little bit of patience I had and waited until Friday afternoon, almost spilling the beans a few times. 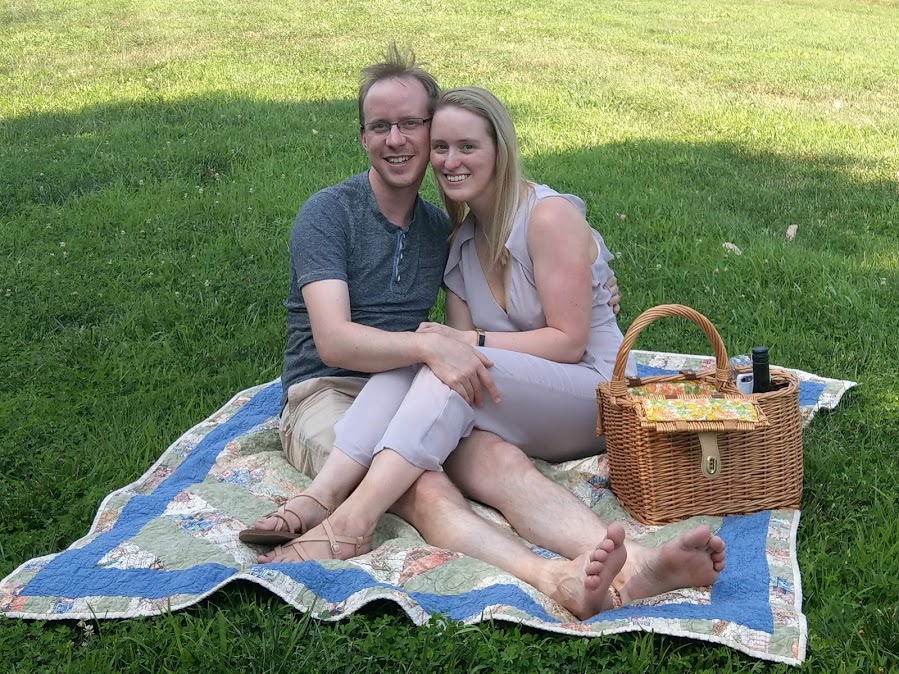 I came up with a plan. I told Alex that I wanted to go out for a picnic to celebrate me being done with my competition and him being almost done with his half a year in Oklahoma. Little did he know that there was much more to celebrate.

I called Alex’s brother the night before to let him in on the secret so that he could help me capture Alex’s reaction. Thank you, Uncle Taylor!

As I drove our car to the picnic spot Taylor and I had decided would be best, I was visibly shaking. I could hardly keep the conversation with Alex because I was so nervous and excited. I don’t hide emotions well, but Alex still didn’t suspect anything. He had no clue what was inside of that picnic basket. 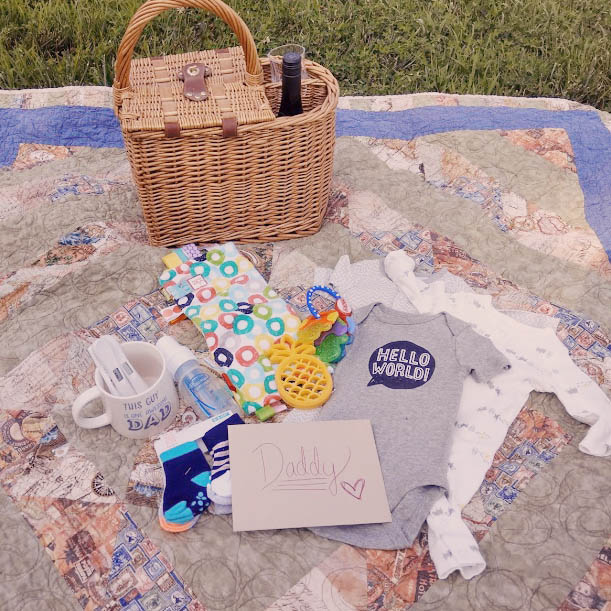 We hiked out to the perfect spot, one with a view overlooking all of Kansas City, and I gave him the basket to open.

Here’s what he found:

When he opened the basket, it took him a moment for it to all sink in. He kept asking “are you serious?” and “is this a joke?” Eventually, he understood that this was for real.

And we are over-the-moon-excited for this next chapter! 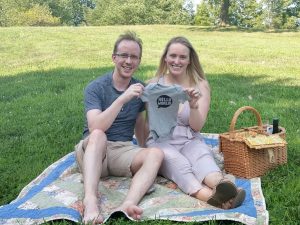 That was so special! Love how you did that! Congratulations! So happy for you!

Thank you so much! We’re pretty happy too. ? 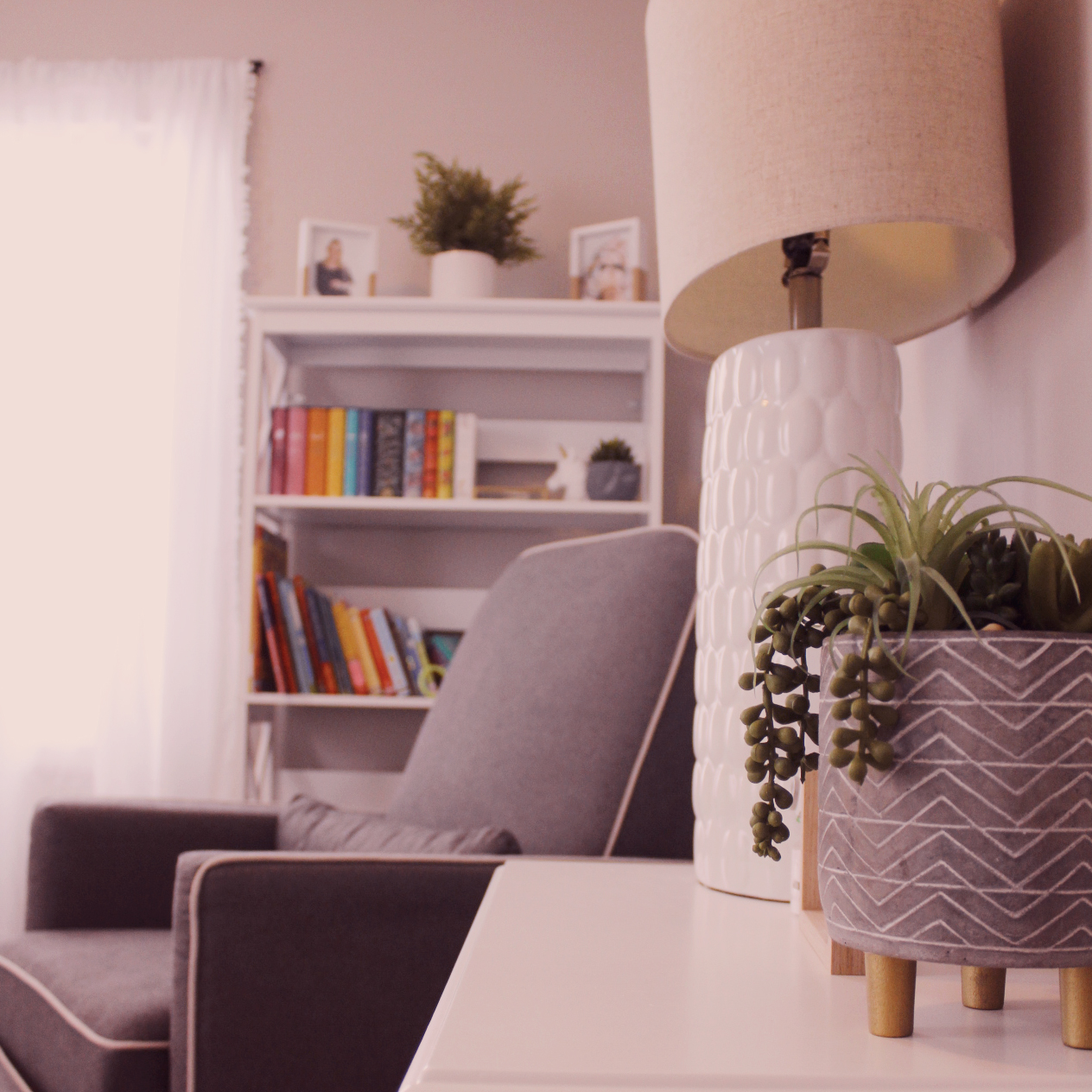 We are just a few short weeks (or maybe even days!) away from meeting our precious little human being! Now that February 14th has passed and I can be certain that Troian and I won’t Read more…