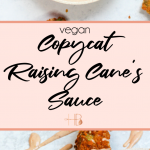 This homemade vegan copycat Raising Cane’s sauce recipe is easy to prepare and is the best dipping sauce you’ll ever make! 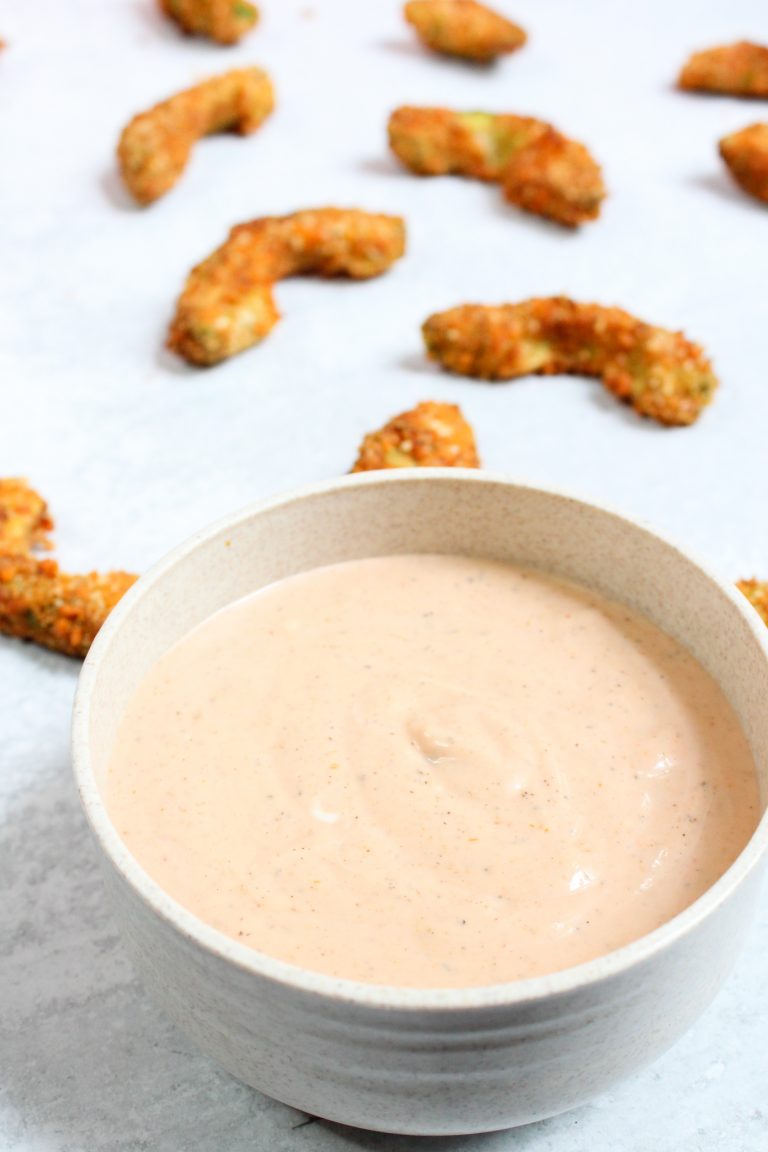 In my pre-vegan, college days, I probably spent half of my student loans on tuition and the other half on trips to Raising Cane’s. Alex and I still joke about it now, but I knew everywhere in my college town (Norman, Oklahoma. Boomer Sooner!) based on its location and proximity to Raising Cane’s.

I vividly remember school being shut down for snow in January and braving the “blizzard” to make a trip to Cane’s for a box combo with four chicken fingers, toast, sauce, sub the slaw for sauce, and one more sauce on top of that. 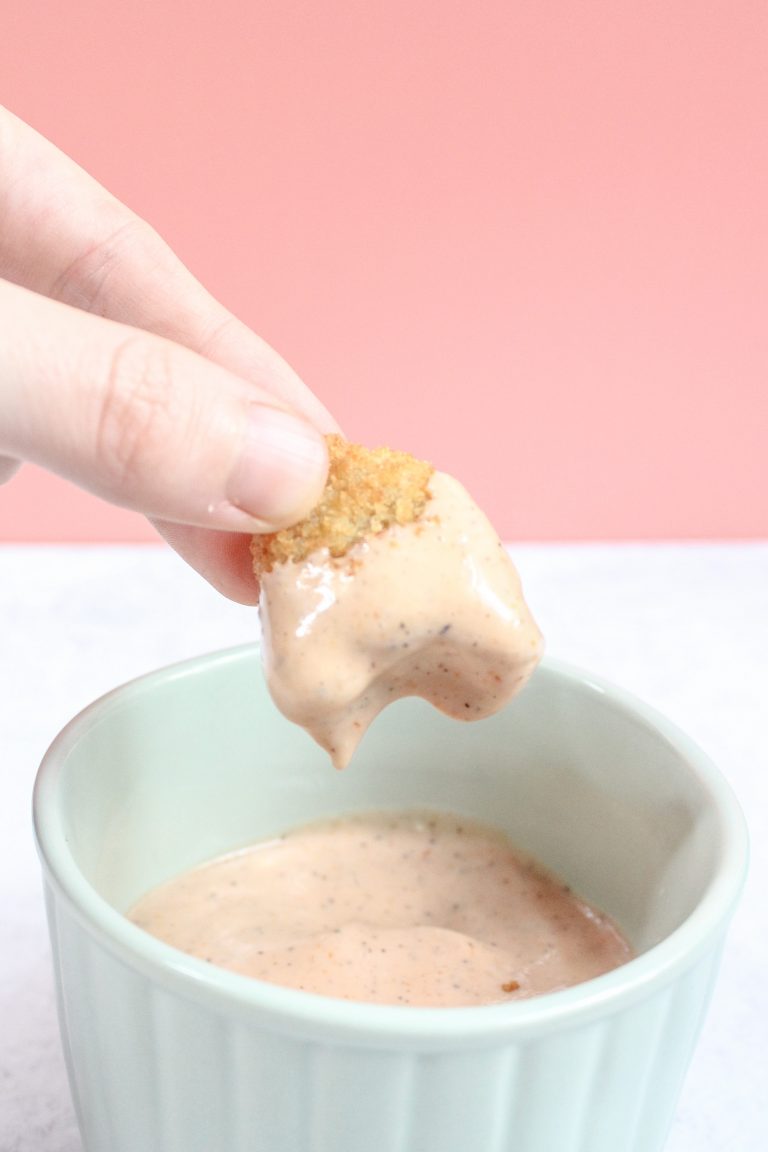 I was there multiple times each week. My cousins came to visit, we’d go to Cane’s. My family made the trip to town, I took them to Cane’s. Every Thursday night, Alex and I would go get our usuals and then go to the bakery across the street for weekly Cake Eaters Club. 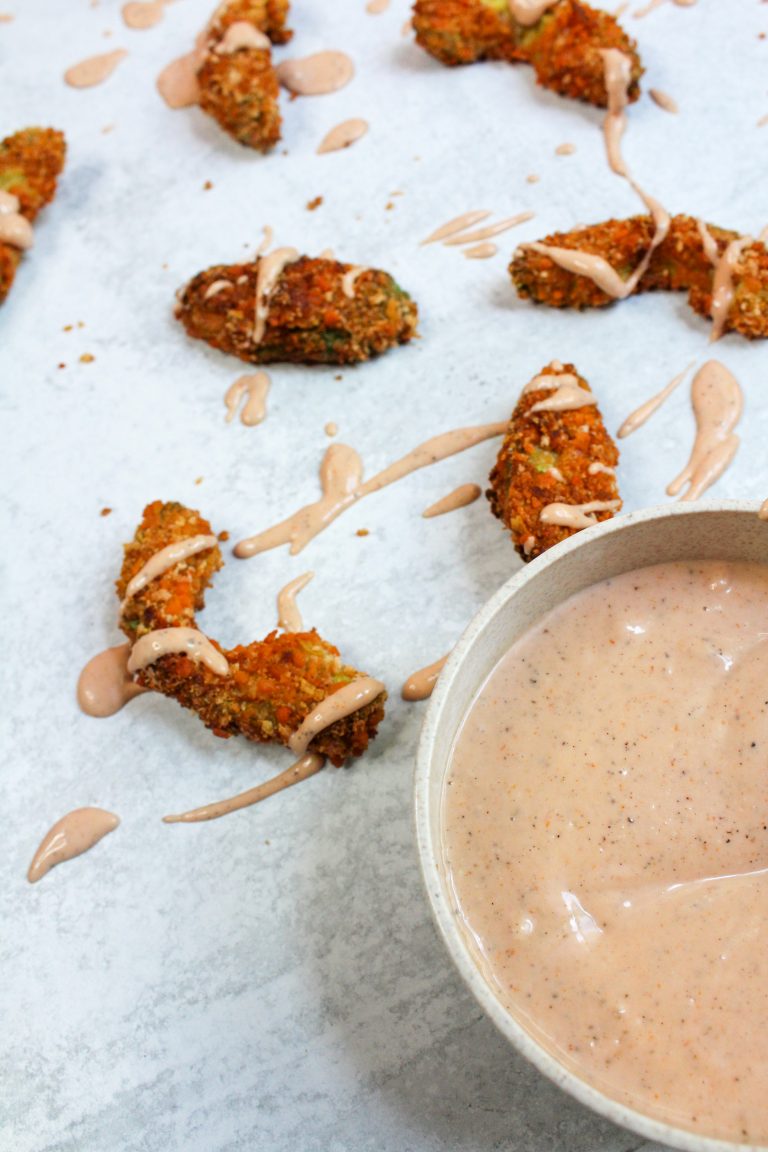 Of course there were other chicken joints in Norman, Oklahoma, but I kept finding my way back to Cane’s for one simple reason: their sauce.

Raising Cane’s website describes the sauce as “tangy with a little bit of spice and full of flavor.”

I used to put it on my chicken, my fries, and even my toast.

When I moved away from Norman, still before I went vegan in 2016, I tried to replicate this sauce time and time again. We didn’t yet have any locations in Kansas City when I moved up here, so I attempted to make my own copycat Raising Cane’s sauce.

I failed numerous times and just never could get it quite right. 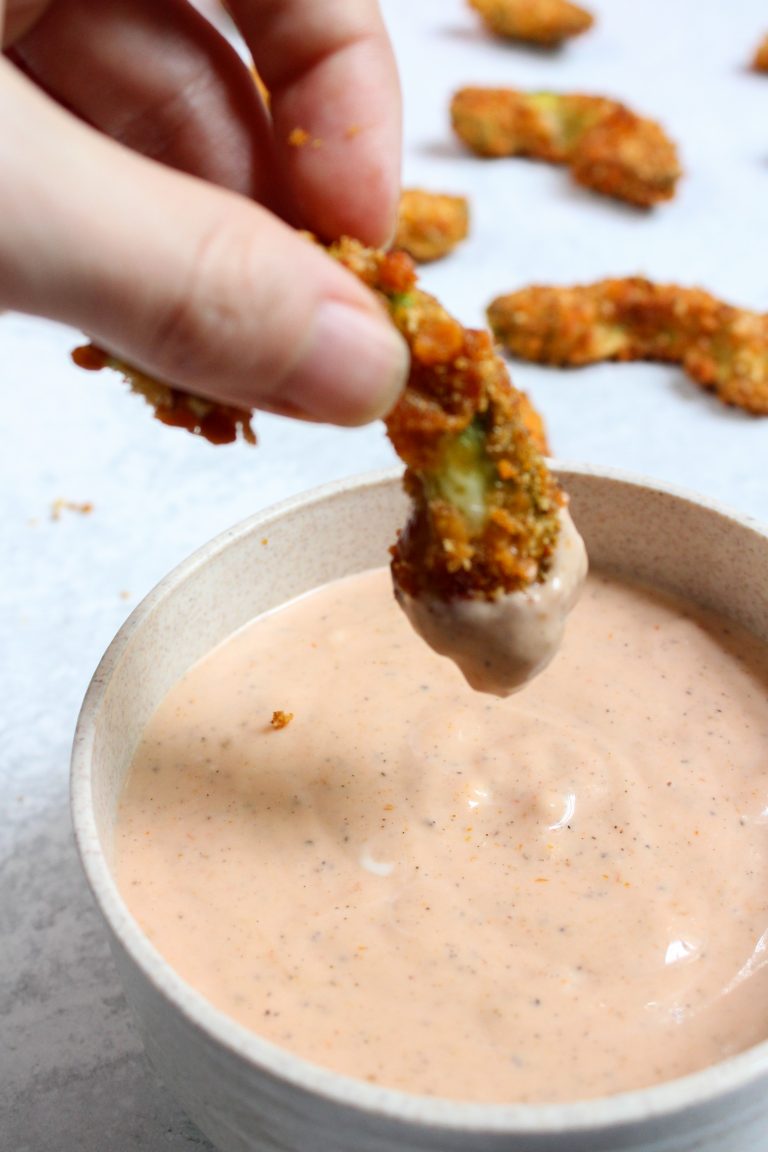 Fast forward a few years and my last intentional non-vegan meal that I can remember was my usual box combo order from Cane’s. I just figured I’d never replicate that sauce and it was one of the many things I would miss going vegan.

I was wrong. I missed very little going vegan and I don’t even have to miss their sauce because I’ve made my own vegan copycat Raising Cane’s sauce. 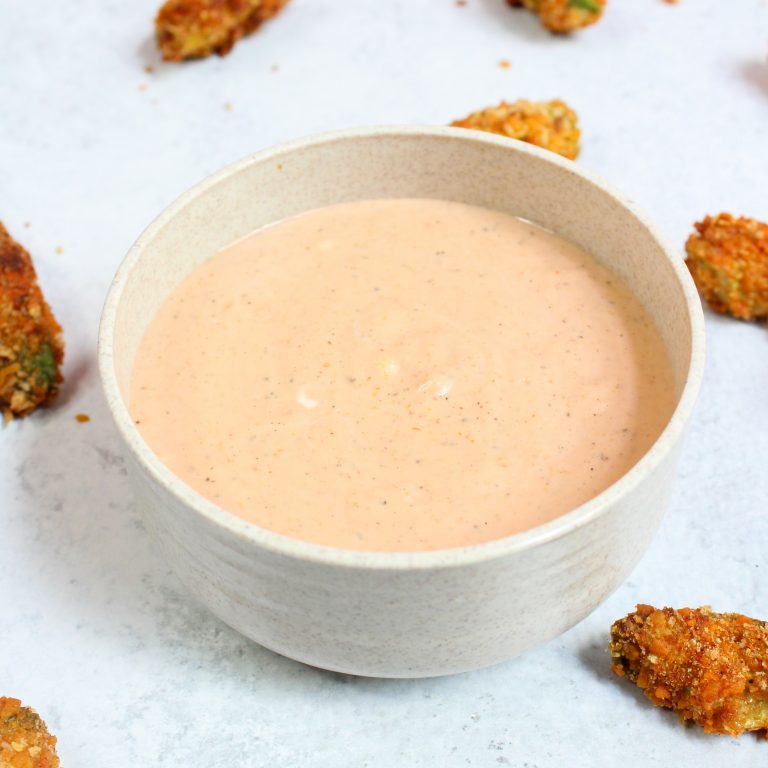 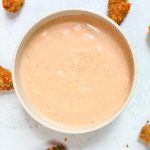 This homemade vegan copycat Raising Cane’s sauce recipe is easy to prepare and is the best dipping sauce you’ll ever make!

Easy cupcake decoration: 1. Pipe a rosette (I us 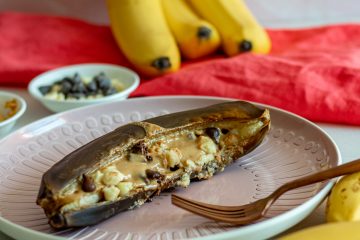 This sweet homemade air fryer banana split is made in under 10 minutes using only a few ingredients and tastes so delicious! jump to recipe print recipe You all went wild for this recipe video Read more… 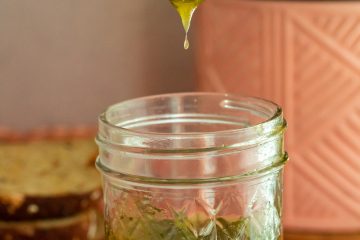 This slightly tropical, highly delicious, simple vegan mango basil jam is made with just 4 ingredients and is wonderful on toast, bagels, biscuits, and waffles. jump to recipe print recipe Why You’ll Love This Recipe Read more… 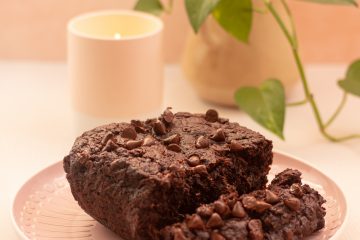 This moist and fudgy vegan chocolate eggplant bread is so delicious for breakfast, brunch, snack, or dessert! The combination of eggplant, cocoa, and chocolate chips makes a double chocolate bread is wonderful and something you Read more…